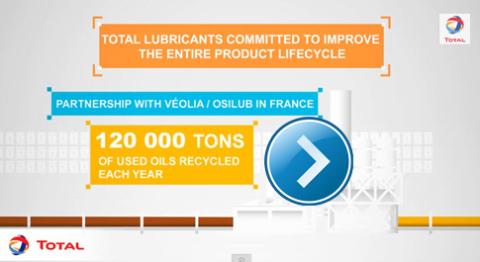 Lubricants must stay ahead of technological change, adjust to international specifications, and meet industrial requirements. To this end, TotalEnergies Lubrifiants has built strong partnerships with international manufacturers, including:

The partnership between TotalEnergies and French automaker CITROËN is truly historic. In 1968, TotalEnergies began developing a lubricant for the CITROËN DS to address ignition and fouling issues. Over 40 years of teamwork have given rise to the production of high-quality lubricants and an unrivaled track record in motorsports. Today, the partnership between the two companies is industrial and global, and in addition to motorsports, covers technology, trade and training.

More about our partnership with Citroën

Partners since 1995, TotalEnergies and PEUGEOT recently confirmed their confidence in each other by renewing their partnership agreements. The renewals come as no surprise, as TotalEnergies lubricants are the only brand to be endorsed by the French automaker for all its models. Why? Because we share the same goals. Researchers from TotalEnergies and PEUGEOT are developing tomorrow's lubricants: oils that are increasingly fuel efficient and environmentally friendly.

More about our partnership with Peugeot

TotalEnergies has been MAZDA Motors' European lubricants partner since 2003. Together, TotalEnergies and the Japanese automaker have co-developed the MAZDA Original Oil range for MAZDA vehicles. Meeting all quality and warranty requirements for each and every model, the range is also specially designed for MAZDA's new, cutting-edge SKYACTIV Technology.

More about our partnership with Mazda

In 2011, Korean automaker KIA Motors Corporation and TotalEnergies Lubrifiants entered into a five-year international cooperation* agreement. TotalEnergies Lubrifiants became KIA's recommended partner for the sale of lubricants across all KIA's after-sales service networks in participating countries. TotalEnergies is also a major first-fill engine oil supplier for KIA and HYUNDAI factories all over the world.
* Applies worldwide, with the exception of Europe and South Korea

More about our partnership with Kia

TotalEnergies Lubrifiants signed an international agreement with GREAT WALL MOTORS of China in February 2012. TotalEnergies Lubrifiants is officially GREAT WALL MOTORS' recommended partner in their key markets. Both partners emphasize the core values of professionalism, competence and customer focus. The partnership reinforces two shared aims: to grow their share of the Chinese market and their presence in the global marketplace, and to collaborate on the development of high-quality products and services that meet motorists' requirements.

More about our partnership with Great Wall Motors

Tata Motors and TotalEnergies Lubrifiants signed an after-market partnership agreement in August 2015 to supply high performance lubricants, across Tata Motors sales & service points in the global market. TotalEnergies Lubrifiant’s presence in over 150 countries, will support the Tata Motors service network and its customers, ensuring the right oil grades are utilised and delivering stringent lubrication requirements for Tata Motors commercial vehicles, across global markets - a first of its kind partnership for the French company with an Indian OEM.

More about our partnership with Tata

The SANY Group prefers TotalEnergies Lubrifiants as their partner for lubricants in overseas markets.

Under the terms of the agreement, TotalEnergies Lubrifiants becomes SANY Group’s preferred partner for the sales of lubricants across SANY’s networks in the participating countries.

More about our partnership with SANY

Various agreements have been signed with Barilla Group, LAFARGE, Nyco and The French Army Fuel Department to name a few.

More about our industrial partnerships

The Renault / Elf partnership was renewed in December 2014 for the next 5 years (2015 to 2019). For the past 47 years, Renault has recommended the use of Elf lubricants to its whole network and customers around the globe. The recommendation is:

More about our partnership with Renault

ELF is the only brand of tailor-made lubricants recommended by Dacia for the maintenance of your car.

ELF products go through  many rigorous tests which contribute, to extending your Dacia engine’s lifetime and reliability. This unique partnership between ELF and Dacia enables you to hit the road with total confidence.

More about our partnership with Dacia

Following the successful partnership developed for many years with the Nissan networks in Europe, both NISSAN and TotalEnergies groups have decided to extend their cooperation to the newly launched and ambitious DATSUN brand in Russia. TotalEnergies – through its ELF brand – has proudly entered into an exclusive after-sales lubricants partnership agreement with DATSUN.

More about our partnership with Datsun

Elf has been the recommended partner of Kawasaki since 2007 in many European countries (France, Germany, Spain, Italy, Slovakia and Greece) and has been providing first fill for the Kawasaki plant in Thailand since 2010.

Elf has been present alongside Kawasaki affiliates in Japan since 2007 -  China, Thailand and Philippines.

Elf is the only lubricant manufacturer worldwide having developed a co-branded product with Kawasaki and ELF Vent Vert. Elf has a license agreement for European countries and the product is also distributed in Japan and Thailand under the Kawasaki Parts & Service Offer.

More about our partnership with Kawasaki

The relationship with DAF started in the early 90s with Fina Netherlands' first run-in oil deliveries. The technical-commercial partnership with the Dutch manufacturer helped us become the #1 supplier for factory fill and major supplier for the DAF Genuine After Market Lubricant program in Europe.

In 2007, TotalEnergies and German automotive supplier ZF launched the development of a top-range lubricant for heavy-duty manual transmissions. In 2010, our product was approved by ZF for a 540,000-km drain interval. We are now the official factory-fill supplier as well the selected supplier for after-sales needs.

TotalEnergies and Swedish automotive manufacturer SCANIA collaborate on the development of lubricants that are specially designed for trucks and buses.

The collaboration between TotalEnergies and France's RENAULT TRUCKS started in 1979 with the development of the Renault Trucks Oils (RTO) product ranges. The two companies have renewed their partnership contract through to January 2016; it applies in all affiliates where RENAULT TRUCKS and TotalEnergies conduct commercial activities.

TotalEnergies and German agricultural machinery manufacturer CLAAS have been linked since 2005, following the partnership between ELF and Renault Agriculture. After four years of successful cooperation, CLAAS and TotalEnergies renewed their partnership contract in 2009. A world leader in agricultural machinery, CLAAS recommends our select range of lubricants in every one of its maintenance guides.

ELF is passionate about performance. This passion is reflected in the brand's decades-long engagement in motorsports and historic partnerships with international manufacturers and research teams, including:

ELF has been developing bespoke products for RENAULT since 1968, and has two research and development teams dedicated to its partner. This means that ELF-approved lubricants are available at most RENAULT dealer networks worldwide. The first is based at the CRES (ELF's research center in Solaize, France), and the other is permanently on call at race circuits, during the Grand Prix and at private test sessions. The teams apply highly advanced studies and analysis that yield technical solutions designed for winning.

As innovative as it is creative, our technical partnership has already produced a series of fill-for-life transmission oils for RENAULT gearboxes or fuel economy engine oils. Our engineers and research laboratories teams are continuously in touch. This shared RENAULT-ELF expertise is always stimulated by motorsport challenges and enables us to anticipate together the technological demands of coming powertrains.

DACIA, a RENAULT brand, recommends exclusively ELF lubricants. ELF and DACIA collaborate to improve your car's performance. ELF lubricants are also recommended for the Logan, Sandero, Duster and Lodgy brands, which benefit from ELF technology that corresponds to renowned reliability.

ELF and KAWASAKI work together to design lubricants for motorcycles, and KAWASAKI officially recommends the ELF brand.

ELF and NISSAN are industrial and research partners, and their work is at the heart of the latest technological innovations. The Nissan Genuine Oils in Europe are unique formulas designed by ELF and approved by Nissan. In 2012, the European after-sales partnership between Nissan and Elf was been extended. More than ever, Nissan Genuine Oils allow you to get the best performance from your Nissan over the years.

Nissan motor oil is approved and recommended by Nissan Japan for all their petrol and diesel engines. Nissan Genuine Oils are high-quality products designed to meet the requirements of Nissan vehicles. Their balanced viscosity reduces starting friction and wear at low temperatures, allowing drivers to enjoy best performance and greatly extending vehicle longevity.